Sarada Devi was born on 22 December 1853 as the first child of a pious couple, Ramachandra Mukherji and Shyama Sundari Devi who were living in Jayrambati. The family was very poor, and from childhood Sarada helped her parents in various household chores and brining up her younger brothers. She had no formal schooling, and could hardly read. When Sri Ramakrishna was twenty-three years old and was engaged in intense spiritual disciplines, his relatives at Kamarpukur, in the hope of diverting his mind to mundane affairs, got him married to a girl of name Sarada Devi who belonged to the neighboring village of Jayrambati.

When disciples began to gather around Sri Ramakrishna, Sarada Devi learned to look upon them as her own children. After the Master’s passing away, she became the unifying center for his disciples and was adored by them as a Holy other. In due course, she herself became a great teacher, and disciples began to gather around her. Her mother-heart expanded to enfold them all in the luminous consciousness of universal motherhood. In the whole history of humanity this was the first time that an unlettered village maiden decided to look upon all people in the world as her children, and came to be adored as the ‘Mother of All’.

Owing to her immaculate purity, extraordinary forbearance, selfless service, unconditional love, wisdom, and spiritual illumination, Swami Vivekananda regarded Sri Sarada Devi as the ideal for women in the modern age. Swamiji had the historical insight to know that neglect of women for centuries was one of the causes of India’s downfall (another cause being neglect of masses). He believed that with the advent of Holy Mother the spiritual awakening of women in modern times had begun, and this would have far-reaching consequences for the future elevation of humanity.The holy Mother spent her life partly in the village Jayrambati and partly in Kolkata where the disciples of Sri Ramakrishna provided her home. In both the places she personally attended to household duties till the end of her life. She left mortal world on 21 July 1920. 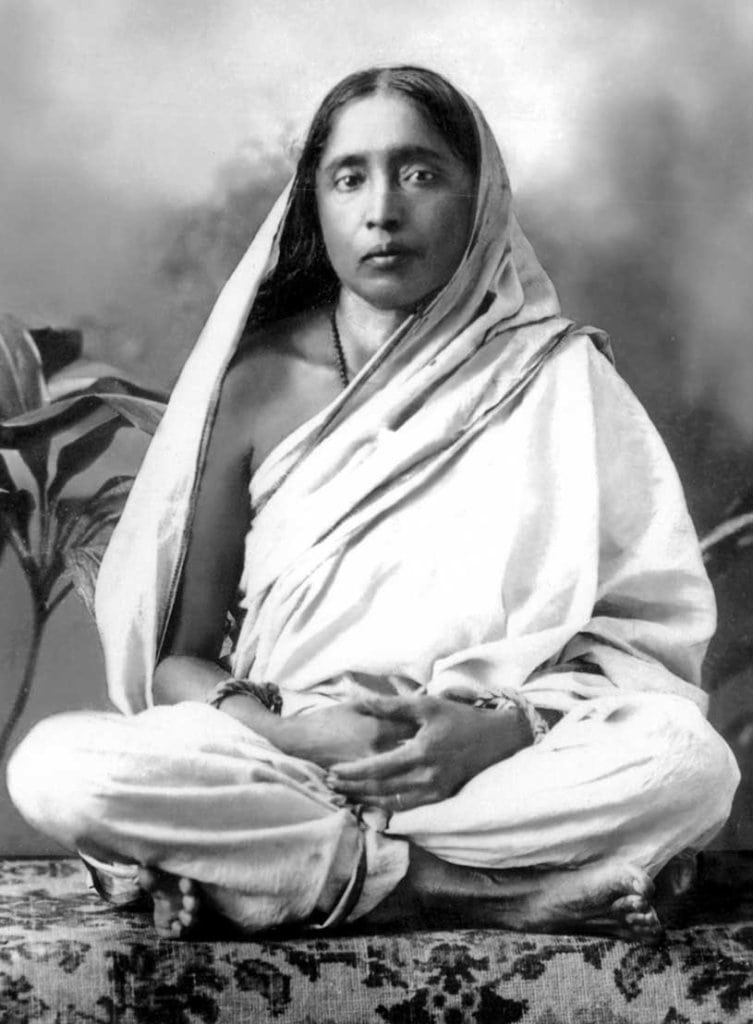 The holy lives which have enabled thousands of people to gain or regain faith in God and in the eternal verities of religion.